It is a great honor and a privilege to be here, and to share with you my thoughts about such a misunderstood “thing” that we call “military condition”. It is also a huge challenge. I will do my best trying to not disappoint you.

Forty years ago, the MFA (Movimento das Forças Armadas – Movement of the Armed Forces) put an end to the oldest European dictatorship and to thirteen years of colonial war. That day, the 25th April, is the beginning of a new era to Portugal, based on the three D’s of the Program of the MFA presented to our people, and immediately assumed by everyone as their Values and Aims: Democracy, Development, Decolonization.

It is important to remember a single fact that allow us to understand the Values that were the Ethical and Moral support of that military operation: few days after, the first government was constituted to guide all of us to achieve those three D’s and all its members were civilians.

We can say that forty years is something less than a second in the history of Humanity. However, these last forty years are full of changes, whatever the field of analysis we take.

Actually, it is impressive the evolution on science, on technique, on technology. We can’t make a simple and short list of all the achievements and victories in these fields of knowledge, but their consequences affect us dramatically, both positive and negatively. Just as an example: the evolution of the technologies of information and communication represents the change from a world where “time was infinite and space quite limited” into a world where “space is endless and largely open, and time is no more than now”.

But, is it possible to say that this huge evolution did effectively happened through all matters of concern of our life as human beings?

Seventy years ago, Albert Einstein said: “It is scandalously obvious that our technology exceeds our Humanity”.

Actually, we can ascertain the immense progresses achieved on science, on technology, on industrial organization and production. At the same time, all those improvements became widespread, to support and to be supported by an increasingly globalized world. Heart transplant, “Laptop”, “clones”, INTERNET, Organism Genetically Modified (we are so close to “Human Organism Genetically Modified”!); but also “nuclear threat”, “drones”, “climate threat”; just a few examples of how far can go the human genius!

Nevertheless, what has been our answer to the Gandhi’s question: “Progress? Of course. But at what human cost?”

The scientific, technological, industrial progress didn’t solve, until now, the deeper problems of human kind, those that affect hundred millions of people: poverty, discrimination, famine, disease, war. Human Values are far away from that progress: we have not been able to use it in benefit of all.

We live on an instable, uncertain, dangerous world. A world of great complexity, where we no longer can find THE problem and THE solution; on contrary, every day, we face problems and solutions interacting dialogically, inside and outside a huge network of interdependencies.

A world where products of the human genius take over the power to subordinate (even submit) their creator; the creature became owner. Looking deeper, it’s possible to identify the creature that is on command: profit! Unmoral, and without submission to any kind of human rules, it make its own all over the world, whatever the consequences to human beings those rules and its practices could be.

Why to understand this scenery is so relevant to define the meaning of what is to be a military professional today?

Because politics is, until now, the way that human beings found and developed – of course with permanent contradictions on its exercise – to allow living in communities, building their lives in the pursue of individual and collective happiness.

Because when a military professional swears that he/she will defend his/her community, even if that costs his/her life, that swearing is made to defend people, not this or that scientific, technological, industrial progress.

Because this swearing is not a question of intention to commit suicide or to get some profit: it is a huge political choice. And as a political choice, it must be grounded on solid human values, never on personal or sectorial interests.

However, this globalized world is, I repeat, uncertain, instable, dangerous and of high complexity. It is quite hard to deal with such circumstances, especially because, as General George C. Marshall, Jr. said, “Once an army is involved in war, there is a beast in every fighting man which begins tugging at its chains, and a good officer must learn early on how to keep the beast under control, both in his men and himself”.

Thus, the example done by the MFA giving the political power to the civilians – the subordination of military power to political power is a crucial demand of Democracy – must be followed by an Ethical exercise of that political power, to assure to the military professional the indispensable confidence on politics structures, meaning that political decisions are based on Values recognized and assumed by the community, not on individual, private, sectorial interests or profits.

As a matter of fact, the Rome Statute, which defines what are War Crimes and Crimes against Humanity, clearly specify “Individual Criminal Responsibility” (Art. 25), and “Responsibilities of Military Chiefs and Other Hierarchical Superiors” (Art. 28).

We live times of doubt, despair, inequalities, injustices, anguish. It´s imperative to avoid that this times become times of rage, where our individual and collective beasts get free from any control.

It´s time for serious dialogue between those who have power (military and political), demand citizens, after all as the legitimate owner of this power. For this complex and difficult dialogue inter-citizens, our associations have a relevant role to play.

I wish you a good work. 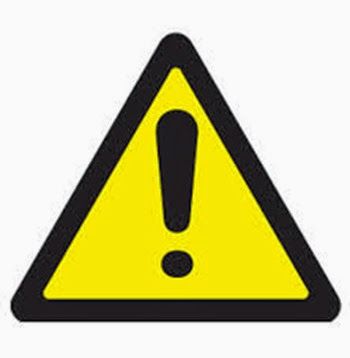 E no General George C. Marshall, Jr.: “Once an army is involved in war, there is a beast in every fighting man which begins tugging at its chains, and a good officer must learn early on how to keep the beast under control, both in his men and himself”.