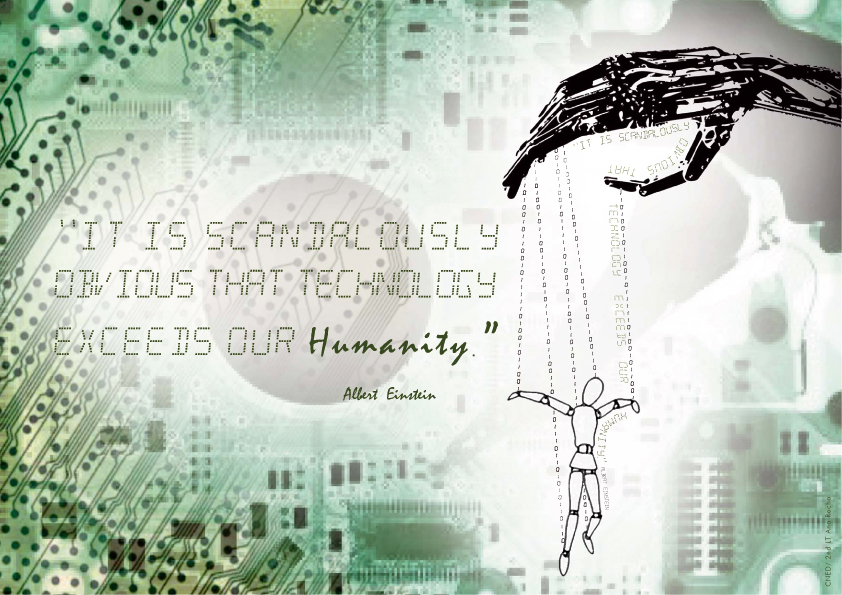 Captain António Almeida de Moura of the Portuguese Navy analyses the impact of technological change on our understanding of responsibility. He argues that critical thinking will be a crucial skill in the future, marking the difference between educated machines and educated human beings.

It is scandalously obvious that our technology exceeds our humanity.

Once an army is involved in war, there is a beast
in every fighting man which begins tugging at its
chains, and a good officer must learn early on how
to keep the beast under control, both in his men
and himself. 1

Uncertainty, instability and insecurity are richly significant words when we want to define the world in which we live. It is our world! What are we doing to solve or, at least, understand and manage the problems inherent in these three words?

Let’s look briefly at uncertainty. A few decades ago the life cycle of knowledge was long enough for it to be acceptable to consider it as a “compagnon de route” of our life expectancy. However, the last twenty to thirty years show how right Einstein was: there has been a huge evolution in technology, with a huge impact on our lives.

In fact, a major consequence of that technological evolution is, somehow, a paradox: our life expectancy became longer and, at the same time, the life cycle of knowledge became shorter and shorter. Result: from a reasonably certain world where we learn for life, we fall into an uncertain world where we have a life to learn.

This is just one example of the dialogue between certainty and uncertainty but it is meaningful enough to sustain a first conclusion: the fast evolution of technology doesn’t allow the maintenance of any kind of “status quo” (whether it be political, economic, scientific, social, educational, communicational), because everything changes rapidly, drawn by that technological challenge.

Evolution within each one of these areas (systems) demands new answers from technology. That is, uncertainty becomes the cause and effect of the evolution of technology; answers became just possible answers (not the answer, not even the better answer), within an inter- and multidisciplinary “way of life.” Uncertainty has become complexity, demanding higher levels of adaptive skills.

And what about instability and insecurity? These were the key words of the “Strategic Concept for The Defence and Security of Members of The NATO”, defined in Lisbon, 2010, which considered a wide range of threats against nations, communities and people – proliferation of nuclear weapons and other weapons of mass destruction; terrorism and extremism; trans–national illegal activities (trafficking in arms, narcotics and people); cyber attacks; attacks against vital communications, transport and transit routes; etc.

Owing to this complex, unstable and insecure environment, “NATO will actively employ an appropriate mix of political and military tools to help manage developing crises that have the potential to affect Alliance Security, before they escalate into conflicts; to stop ongoing conflicts where they affect Alliance Security; and to help consolidate stability in post-conflict situations where that contributes to “Euro – Atlantic Security” (NATO Strategic Concept, 2010). The Strategic Concept makes clear that the Alliance still has three essential core tasks to fulfil: collective defence, crisis management and cooperative security.

So, this is our world: uncertain, unstable, insecure, complex, and demanding from us high levels of adaptive, cooperative and collaborative skills.
Actually, we are not alone. But, who are we?

According to the “Council of Europe Recommendation 1742 (2006) on human rights of members of the armed forces”, military personnel serve in an institution “which is responsible for protecting the state and defending the community. Combat is its “raison d’être”, the very purpose of its existence, and it is bound by specific constraints of rules regarding unity, hierarchy, discipline and compliance with orders.”
Furthermore, this Recommendation “considers that members of the armed forces are citizens in uniform who must enjoy the same fundamental freedoms … as any other citizen …”

Considering that the armed forces are actually engaged in various missions “other than war”, it is important to underline that often military personnel in operational theatres have to act as a “psychologist, social councellor, community animateur, development agent, being always prepared to use force in limited situations.” 2

Such a complex environment requires from military personnel much more than following standard procedures and traditional rules, or having the consistent ability – competence – to use all kinds of advanced technology. In fact, they “… will have to be nimble physically, mentally, socially, and emotionally – and have strength of both character and competence.” 3

Why? Because we have to make our own choices and be responsible for those choices and their consequences. Standards and rules give us important guidance but only up to a certain point, beyond which ethical attitudes are required.

Actually, if this is meaningful to citizens in uniform, it is true for civilians as well: nations, communities and peoples must “deal responsibly with the problems we currently face as members of an interdependent world.” 4

In other words: the problems we are dealing with as citizens of our world are human problems, not technological problems. Technology can (must!) help us solve our human problems, but just as a means, an instrument, a tool, that we have to manage properly.

The problems we are dealing with as citizens of our world are human problems, not technological problems. Technology can (must!) help us solve our human problems, but just as a means, an instrument, a tool, that we have to manage properly.

Thus, what can we do?

Taking into account that “Without support from suitably educated citizens, no democracy can remain stable” 4 and that “All soldiers have to have the ability to think critically and act resolutely” 3, it is possible to identify the “key words” that will support and sustain our pursuit of human solutions for our human problems: education and critical thinking.

So, we can put these words together and create a concept capable of being implemented in our schools: 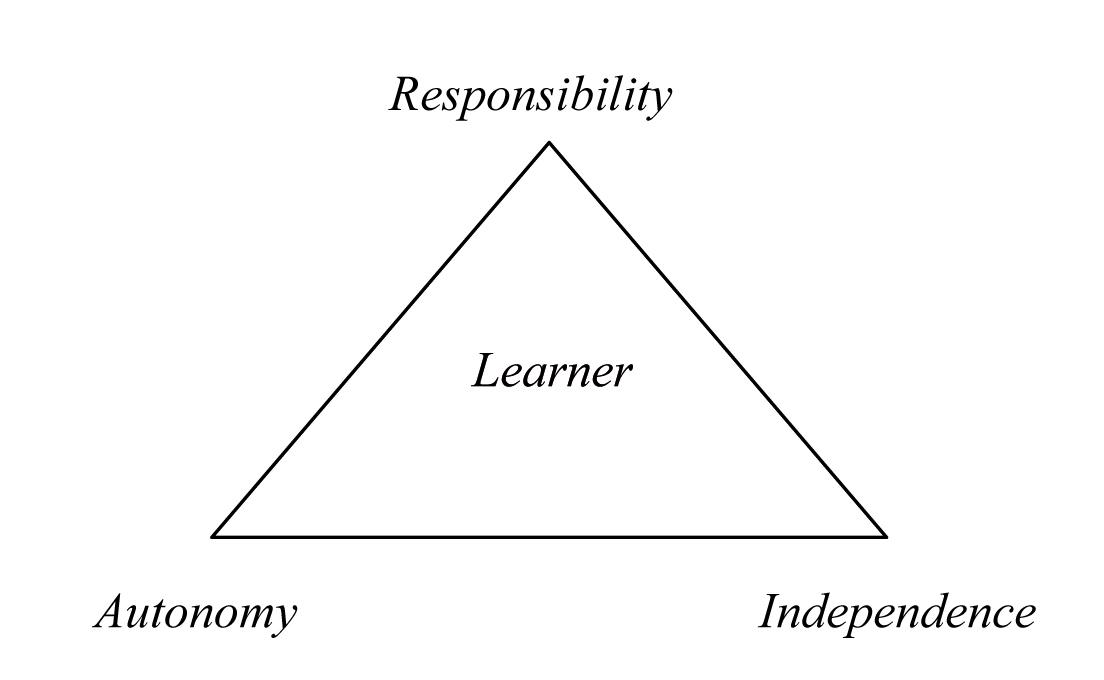 Critical thinking is crucial to sustain effective responsibility and to humanise knowledge and technology (bringing them back to the human side of the world).

Critical thinking is a fundamental factor in defining and building a possible human future, because it makes the difference between educated machines and educated citizens.

Is this just a theoretical exercise, far away from our real world?

Or is it a meaningful challenge?

Through education we build our autonomy (to make our own choices) and our independence (to assume our choices);

By critical thinking we support responsibility. And this means that being responsible is a human attitude;

In this sense, a responsible attitude recognizes two essential values, respect and integrity, at both levels, the self and the other. And this means that responsibility requires ethical behaviour;

The relationship between these two hierarchic systems should be based on ethical attitudes. In other words, to an ethical exercise of power (decision making) should correspond a disciplined acceptance of orders. In this sense, leaders and soldiers should feel themselves respectable and respected in their integrity, all embedded in the accomplishment of their mission.

It is, in fact, a real challenge. Do we want to face it?